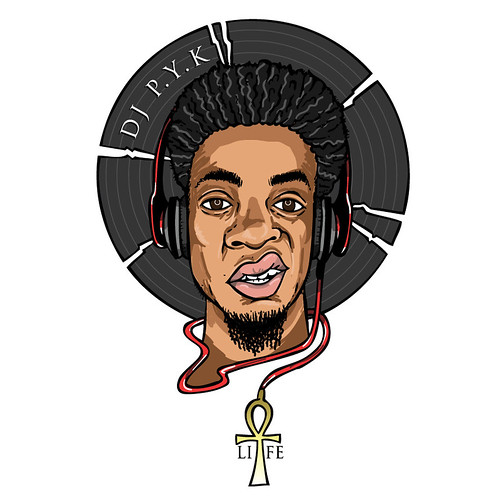 Bomi from DJ P.Y.K approached me as he was after a logo redesign. His ideas were quite well formed to begin with, he wanted elements from his old logo included (such as the broken record, the headphones, the ankh and the lettering), but also wanted a caricature portrait drawn in a cartoonish style with an attitude-filled expression (he sent plenty of references). He requested that the design was "bold, intricate and controversial" so that it drew people to it and made them want to find out more about his music and brand. You can find out more about DJ P.Y.K here: DK P.Y.K on Soundcloud | DJ P.Y.K on Twitter.
Posted by Lauren Baker at 04:51

Steve Finnell said...
This comment has been removed by a blog administrator.
7 September 2015 at 04:51